The Mahayana Sraddhotpada Sastra, or “Awakening of Faith in the Mahayana,” is a synthesis of Mahayana Buddhist doctrines that was enormously influential in the development of Buddhism in east Asia. The text is credited with resolving hotly debated issues of its time involving Buddhist metaphysics and enlightenment.

Origin of the Mahayana Sraddhotpada Sastra

The sanskrit word sastra, sometimes spelled shastra, means “rules,” and in Buddhism it describes a text that may be a commentary to a sutra or scripture but is not scripture itself. This “Awakening of Faith” sastra has traditionally been attributed to Asvaghosa, a 2nd century CE Indian philosopher and poet.

However, scholars today believe the text is of Chinese origin. History records that an Indian monk named Paramartha completed the first translation from Sanskrit into Chinese ca. 550 CE, but it’s very possible this “translation” is the original text and Paramartha was its author. No earlier Sanskrit text is known to exist, although that is not at all unusual for Mahayana literature. 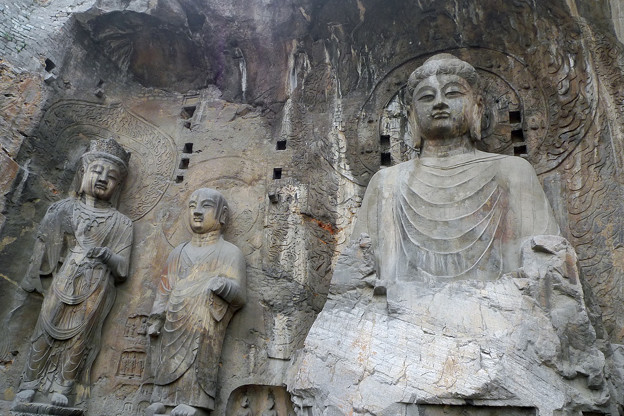 A second “translation” was produced by a monk named Siksananda in about 700 CE. It’s interesting to note that the sastra’s first English translator, D.T. Suzuki, still assumed Asvaghosa was the author and believed Paramartha and Siksananda had translated different Sanskrit versions. Suzuki’s translation, published in 1900, is of the Siksananda version but with divergences from Paramartha explained in footnotes

The Korean monk Wonhyo (617-686) was among the first to recognize the sastra’s significance. Wonhyo’s commentary on the sastra impressed Fazang (or Fa-tsang, 643-712), the prominent Third Patriarch of the Huayan school in China. Through Fazang’s influence the sastra became seminal in the Buddhism of China and Japan, and through Wonhyo it became a foundation of Korean Buddhism. It is considered part of the Chinese Canon.

Wisdom of The Awakening of Faith

The Awakening of Faith resolves a doctrinal dispute that had arisen within Mahayana regarding tathata, which means “suchness” or “thusness.” In Mahayana Buddhism, tathata is the true nature of reality, pure and boundless, beyond description or conceptualization. The word is sometimes used interchangeably with sunyata, or emptiness, and it is sometimes called “the absolute.” But what is the relationship between tathata and phenomena?

Drawing on Tathagatagarbha and Yogacara teachings, Awakening of Faith proposes that tathata is not some pure realm separate from the phenomenal world, but rather that tathata expresses itself as phenomena. Put another way, the phenomenal world — marked with imperfection, impermanence and ego — is not separate from the perfect and unchanging Buddha Nature, or enlightenment. This is so even if we don’t see it ourselves, and in this sense we are all already enlightened. This is the faith to which we awaken.

This understanding changed how Mahayana Buddhists understood enlightenment. Enlightenment was no longer a goal, or the end stage of a process. We are all already enlightened! However, our suffering is real; our ignorance is real. Because this is so, we practice the Eightfold Path in order to realize for ourselves what we already are.

In Mahayana Buddhism, enlightenment is not thought of as a quality that some people possess and others do not. It is what we all are. We practice not to gain something, but to clarify what is already present and manifest it in the world.