What is morality? How do we determine what actions are moral and which are not? These are questions philosophers and religious scholars have debated for centuries. What does Buddhism teach about the basis of morality?

Within the world’s religions, the basis of morality can be understood on many levels. At the most common — and I would say most superficial — level, morality often is judged by adherence to long-established external rules, such as the Ten Commandments.

And it can’t be denied that for centuries morality has been “sold” to laypeople by promises of a reward in heaven or a punishment in hell. It should be noted, however, that many of the great theologians have had other views on the matter.

More recently science has stepped in, suggesting that perhaps altruism is hardwired into human behavior, or that ultimately morality is about a kind of social self-interest. Psychologists have proposed a “moral foundations theory,” which says, for example,that some people frame moral questions in terms of fairness or caring, while others think in terms of loyalty and upholding traditional authorities.

The basis of morality is important to understanding the Buddhist approach to morality.

I see people claim that Buddhist morality is no different from that of other religions, because the basic rules are about the same (don’t kill, don’t lie, don’t steal). But in Buddhism, the way the rules are understood and applied are considerably different.

As in other traditions, Buddhist institutions often have resorted to promises or threats about a next life to market morality to the laity. But this is something like telling your four-year-old that the stork brought her baby brother. You figure you’ll give her the real story when she’s ready for it. So let’s assume we’re all ready for it and look at what the Buddha actually taught.

Although Buddhism has Precepts, the Precepts themselves are not the absolute basis of morality. You could say the real basis is deep insight into the causes of wrong-doing — the greed, anger, and ignorance that cause us to harm others and ourselves. Until we fully appreciate for ourselves the truth of the Four Noble Truths, until we tame our own restless, grasping impulses, we will continue to do harm. And this is true no matter how many rules we follow.

In spite of how we may rationalize our actions, or however much our actions may conform to external rules, ultimately the action is kusala (skillful; correct) when it is not conditioned by greed, hate, or ignorance. It is akusala (unskillful; evil) when the action is motivated by greed, hate, or ignorance. So one important distinction is that one’s personal motivations and intentions are an important part of the context of determining rightness or wrongness of an act. The same act might be kusala in one context and akusala in another.

Another important part of moral context is causality, which brings us to karma.

This is an important point, because I hear people dismiss karma as superstitious nonsense when I can tell they don’t actually know what Buddhism teaches about karma. Especially if you are new to Buddhism, I suggest putting aside any concept of karma you might already have and approaching the subject with an open mind.

First, the Buddha taught that karma is a kind of natural law, not directed by any sort of supernatural intelligence. The is no Big Giant Karma Director in the sky handing out rewards and punishments. 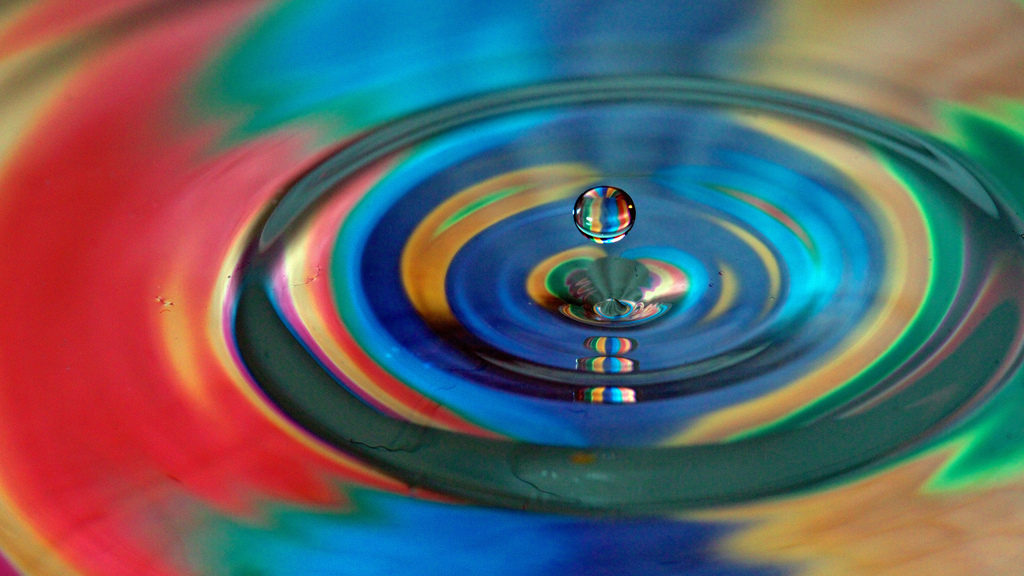 Karma can be understood on many levels, both mundane and mystical. At its most basic level, karma teaches us that the volitional actions created by our thoughts, words, and deeds have effects. These effects can be both immediate and far-reaching, and they can be both subtle and significant. And once set in motion, the karma of our actions can continue, triggering more actions and effects we may never know about.

It’s important to understand that, in Buddhism, karma is not fate. According to some other doctrines of karma, if you have done X amount of harmful things in the past you are fated to experience X amount of harmful things yourself. But in Buddhism, the effects of past actions can be mitigated by present action. We always have the choice to change course.

In his book The Six Perfections: Buddhism and the Cultivation of Character, Dale Wright says that karma is “a way to understand the relationship between moral acts and the kinds of life that they help shape.” In other words, an appreciation of karma is an appreciation of consequences, of cause and effect. The circumstances of our life right now are the result of all the choices we’ve made, all the thoughts and words and actions we have generated.

This appreciation of causality is critical to the Buddhist approach to morality. The Buddha taught his disciples to think and reflect on moral issues and not simply adhere to external rules, and consideration of the karmic effects of an action is central to that reflection. Although the Precepts provide guidance, ultimately the Buddhist practitioner is charged with analyzing his own intentions and motivations and considering possible consequences — and not just to himself — when making moral judgments.

This is where wisdom and compassion come in. Wisdom, in this case, is the perception that self-and-other are not two, and beings are not just autonomous units living inside their skin-pods. Our lives are interconnected with the lives of all beings. And it is this sense of interconnection,coupled with an appreciation of cause and effect, that is the true core of Buddhist morality.

Read More: The Perfection of Wisdom

Compassion, in this case, is not just an emotion but a state of mind. It is an active caring and a willingness to bear the pain of others. In practice, wisdom and compassion give rise to each other and support each other. As the self-other dichotomy blurs, then caring for others is as natural as caring for oneself. And when we consider our volitional actions, we become more sensitive to how our volitional actions affect others.

At this point, the practitioner has put aside selfish concerns about a good or bad rebirth. Indeed, belief in rebirth really isn’t necessary to live a moral life.

Read More: The Importance of Compassion

This is an ideal, and human beings often fall short of ideals. You can find news stories about Buddhist monks and teachers involved in sex scandals and even encouraging violence — both of which violate the Precepts, big time. No moral system ever enjoys perfect compliance.