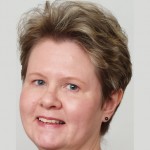 Barbara O’Brien grew up in the Ozark Mountain section of the Bible Belt, also called the Land of Perpetual Holy Spirit Gospel Tabernacle Revivals. Doubts pulled her away from Christianity, however, and after much stumbling around in many traditions she became a formal student of Zen Buddhism in the late 1980s. As a journalist she has written extensively about religion in America and how it impacts politics and culture. She is the author of The Circle of the Way: A Concise History of Zen from the Buddha to the Modern World (Shambhala, 2019). From 2008 to 2016 she was the resident expert on Buddhism for About.com, and she blogs about whatever is on her mind at her personal blog, The Mahablog (mahablog.com).

14 thoughts on “About the Author”