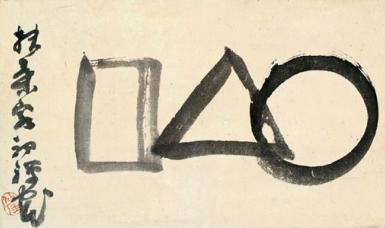 Alan Watts (1915-1973) possibly did more to popularize Zen Buddhism in the West than anyone else. His many books on Zen are still in print, and people still look to him for inspiration and insight. A large part of the West got its first impressions of Zen from Watts.

Western Zen regards Watts with some ambivalence today, however. Yes, he was a strong writer and a man of keen intelligence and learning, and his books and recorded lectures still bring people into Zen centers. Many of today’s western Zen teachers began their Zen journey by reading Alan Watts.

However, there were aspects of Zen that Watts misunderstood. He sometimes pulled ancient teachers’ words out of context and imposed his own ideas and interpretations on them. Most egregiously, his misreading of one old koan caused him to dismiss the importance of zazen, Zen meditation, in Zen practice.

Much of Watts’s understanding of Zen is reflected in his essay “Beat Zen, Square Zen, and Zen,” which was published in the spring 1958 issue of the Chicago Review.

This issue was a landmark in American Zen history. It contained nine articles on Zen Buddhism plus an excerpt from the forthcoming Dharma Bums by Jack Kerouac, whose On the Road had been a literary sensation of 1957. After the Chicago Review issue even Time magazine gushed (July 21, 1958) “Zen Buddhism is growing more chic by the minute.”

The Zen being gushed about was largely Beat Zen. But is chic Zen still Zen? And how does this essay stand up after more than 55 years? Here are my impressions.

What Watts Got Wrong

Watts’s first sentence threw me — “It is as difficult for Anglo-Saxons as for the Japanese to absorb anything quite so Chinese as Zen.” Brushing aside the cringe-worthy use of “Anglo-Saxon” to stand in for “westerners,” it seems to me Japan absorbed Zen pretty darn well. But this leads us into the heart of what Watts got wrong.

Reading on, one learns that the “square Zen” of the title is Japanese Zen, “with its clearly defined hierarchy, its rigid discipline, and its specific tests of satori.” He compared this to the older version, Chinese Zen, called Chan, which he imagined as being natural and effortless and more like Taoism.

However, Watts’s idealized view of Chinese Chan rather ignores the fact that Chan also had and has hierarchies, discipline and tests, and history suggests these may have been as defined, rigid and specific in Tang Dynasty China than they became in Japan. The history of Chinese Chan is full of stories about monks spending years in meditation and other disciplines to realize enlightenment. The free-wheeling Zen of Watts’s imagination never existed.

For example, Watts quotes Lin-Chi (Linji Yixuan, d. 866), a prominent Tang Dynasty Chan master, saying, “In Buddhism there is no place for using effort.” This line has been translated by others as “There isn’t so much to do,” and “The Law of Buddha has no place for elaborate activity,” and I don’t know which is more accurate.

What I do know is that, by our standards, Linji must have been a terror. He was famous for his rigorous teaching methods, which included shouts, insults and punches. So where is the “little place for using effort”? In fact, it takes most of us considerable effort before it gets effortless. For that matter, Watt’s chief inspiration was the Japanese scholar D.T.Suzuki, who learned Zen in a Rinzai monastery — about as “square” as it gets.

I’m thinking now of a line from a poem by a venerable Theravadin teacher named Phra Ajaan Mun Bhuridatta Mahathera, who described a mind purified of defilements — “The mind, unenthralled with anything, stops its struggling.” Yes; when the mind stops struggling, there is no effort. Zen literature, Japanese as well as Chinese, is full of descriptions of the effortless state of a realized being. The great paradox of practice is that most people must make great effort to stop struggling and be effortless. Buddhism is easy, yes, but we are difficult.

The essay is laced with many references to Taoism. The degree to which Chinese Buddhism, Chan included, was influenced by Taoism is being challenged by many current scholars. Some have decided there was no influence at all. I wouldn’t go that far; I came to Zen through philosophical Taoism, and it seems to me there was some influence, if only in how Chan explained things. But it does go too far to assume that Tang Dynasty Chan was as much Taoist as Buddhist, as Watts seemed to do.

What Watts Got Right

Watts also was critical of Beat Zen, which sometimes saw Zen as “undisciplined whimsy” and  “justifying sheer caprice in art, literature, and life.” Watts thought the Zen of Allen Ginsberg‘s poetry was too indirect and didactic, while Jack Kerouac‘s definition of Zen — “I don’t know. I don’t care. And it doesn’t make any difference” — bristled with self-defense and missed Zen entirely.

Yes, it’s fair to say, in hindsight, that Kerouac idealized Zen without actually understanding it, and Ginsberg’s spiritual journey would soon leave Zen behind. Other Beats — notably Gary Snyder and Philip Whalen — would come to know Zen more intimately, however, in time.

The chief thing Watts got right in this essay, I think, was his analysis of why much of postwar America became fascinated with Zen.  In Zen, said Watts, people saw an antidote to the “anti-naturalness” of both Christianity and modern life. And perhaps you had to live in the 1950s to appreciate how true that was.

The 1950s were a time in which an America still healing from World War II and the Korean War demanded loyalty and conformity. People were racked with fear of enemies abroad and nuclear annihilation. At the same time, much of the old domestic prewar social order was being challenged by desegregation and the nascent civil rights movement..

As a result, much of America retreated into hyper-conformity and a desperate clinging to traditionalism. As Betty Friedan documented in her landmark The Feminine Mystique (1964), for example, the role of women in society became narrower and more constricting after World War II than it had been before.

The Beat Generation was an organically human response to what mainstream society had become. And there was something about Zen that offered the tantalizing possibility of the reintegration of human and nature and a release from the compulsive armoring against everything that marked the 1950s.

The widespread unease breaking through the facade of 1950s conformity “arises from the suspicion that our attempt to master the world from the outside is a vicious circle in which we shall be condemned to the perpetual insomnia of controlling controls and supervising supervision ad infinitum,” Watts said. Zen offered a “refreshing sense of wholeness to a culture in which the spiritual and the material, the conscious and the unconscious, have been cataclysmically split.”

Thus it was that Zen Buddhism became chic, for a time. Fortunately, it is less so now. Yet it still offers the same path of reintegration and liberation it offered then.

What of Alan Watts? If Watts’s books “speak” to you, by all means, enjoy them. He had a lot of valuable things to say. If your chief interest is to find a book that will tell you about Zen, please see “Beginner Zen Books.”

(Originally written by me and published on buddhism/about.com. Since the parent company is no longer hosting this article, all rights revert to me.)