The  Bodhisattvacharyavatara, or “Way of the Bodhisattva,” by Shantideva is a seminal text of Mahayana Buddhism and a treasure of the world’s religious literature. Today it is primarily associated with Tibetan Buddhism, but its significance to all of Mahayana cannot be overstated.

The Bodhisattvacharyavatara, written about 700 CE, is said to present the entire spectrum of Mahayana teachings. His Holiness the Dalai Lama said, ‘If I have any understanding of compassion and the bodhisattva path, it all comes from studying this text.

The title is also sometimes translated “Guide to the Bodhisattva’s Way of Life” or “Undertaking the Way of the Bodhisattva.” There is also a shorter Sanskrit name, Bodhicaryavatara, which means “Entering the Path of Enlightenment.”

Shantideva (ca. 685-763; sometimes spelled Santideva) was a monk and scholar of the Madhyamika school who taught at the great learning center at Nalanda. Little else is known about him, although he is the subject of many fables and myths.

The Bodhisattvacharyavatara is written in verse and describes the path to enlightenment, beginning with the arising of the desire to realize enlightenment for the sake of others (bodhicitta). Early Chinese and Tibetan manuscripts of the Bodhisattvacharyavatara are not arranged in exactly the same way, but the version of the text commonly translated into English has ten chapters.

The first three chapters focus on bodhicitta. Shantideva describes the power of bodhicitta to enlighten all beings and explains how to nurture bodhicitta in ourselves. This section also introduces us to the bodhisattva vow to save all beings. For example, this well-loved passage is in Chapter 3*:

Chapters 4, 5 and 6 focus on working with emotions and defilements. This middle section also elaborates on the Six Perfections or paramitas. The perfections of generosity and morality are explained in Chapter 5. Chapter 6 is centered on the perfection of patience, explaining how defilements in our minds keep us mired in selfishness and impatience.

Chapter 10 is a beautiful and lyric dedication of the merit of his work to all suffering beings, including beings in the hell realm.

There are several translations of the Bodhisattvacharyavatara in English; some are available in PDF form on the Web. If you are working with a teacher, he or she may prefer one translation over another. I am most familiar with the translation by the Padmakara Translation Group and published by Shambhala. There is a “companion” book to this volume, which is a commentary by His Holiness the Dalai Lama titled For the Benefit of All Beings: A Commentary on the Way of the Bodhisattva (Shambhala, 2009).

Another very readable guide to the Bodhisattvacharyavatara is Pema Chodron’s No Time to Lose: A Timely Guide to the Way of the Bodhisattva (Shambhala, 2003). Chodron notes that Chapter 9 needs a book to itself and for that points the reader to Transcendent Wisdom by the Dalai Lama and B. Alan Wallace (Snow Lion, Rev. Ed. 2009). 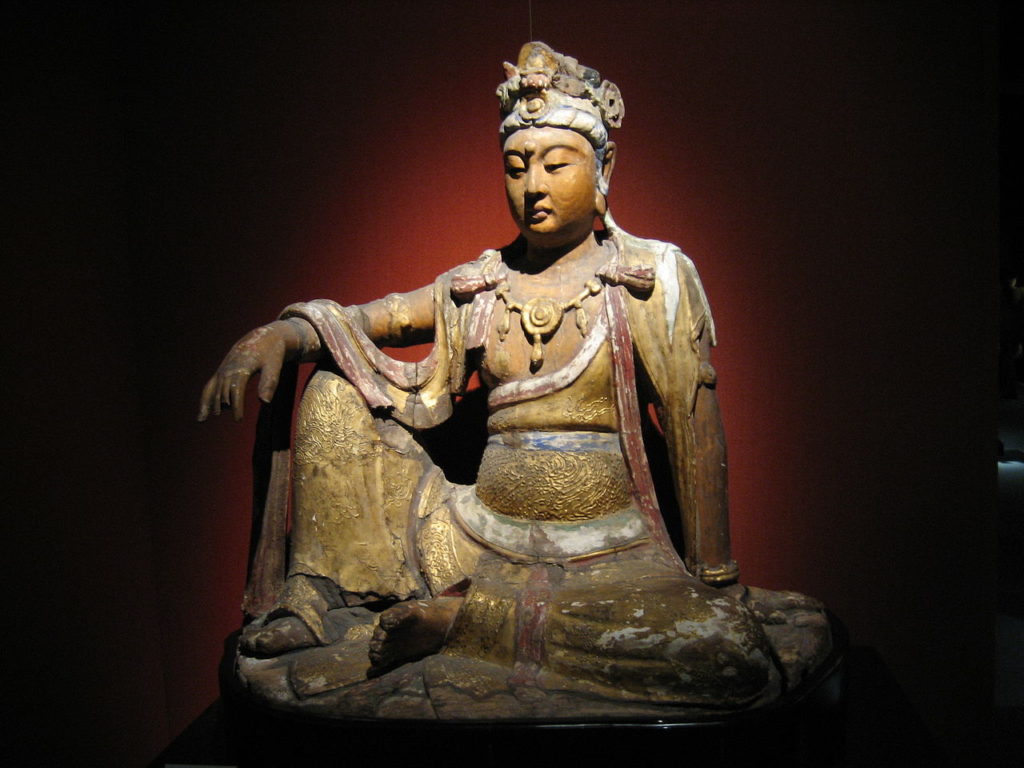